We had a busy end of summer with various activities, Grandma visiting, and a roadtrip. We also enjoyed visits from friends, including a playing at our neighborhood beach with the San Juan family and a multi-day visit with the Blaser family.

The kids enjoyed having Grandma visit in August, which included a trip to Annapolis where I tried to get them to pose for a nice photo by the water. You can see how that turned out…

At the Outer Banks we stayed very close to the Wright Brothers Memorial, and enjoyed visiting the memorial as well as other sites. The kids had fun playing in the sand but, being used to the Chesapeake Bay and our neighborhood beach, were a little intimidated by the much larger waves of the ocean.

After the Outer Banks, Elise, Eric’s Mom, and I headed down to Charleston, SC to go to Kathy’s nephew’s wedding, which was also a nice opportunity to see my parents.

Our vacation, this year, is a road trip to see the 2017 Total Solar Eclipse and to see family down in Charleston.  It’s a long drive down from Maryland but well worth it to see a rare astronomical event (and to visit family).

The long drive took place on Sunday.  Traffic on the interstate was busy but everyone kept moving and there were few problems to cause delays.  Elise decided she was going to do her best to use the potty all the way down, and she did really well!  The kids read and played well in the back seat for basically the entire trip down so no complaints there.  Amanda was getting antsy, though, and was very happy to get to Charleston.

The weather wasn’t great for the eclipse.  Clouds rolled in earlier in the day and some parts of Charleston County saw thunderstorms during second contact.  For us, it was just a light cloud cover that we could see through.  Not as great as a clear sky but certainly better than a completely obscure one.

After polling everyone it seems that this was everyone’s first total solar eclipse (Eric remembers the annular solar eclipse of 1984).  With everyone outfitted with solar glasses, we ventured out in the front yard to view the event.

Elise didn’t seem entirely interested (perhaps she didn’t realize the magnitude of what was getting ready to happen) but Harlan was paying attention and tracking the event in between clouds.  It seemed at the last moment that the clouds thinned just enough to see the Moon completely cover the Sun! 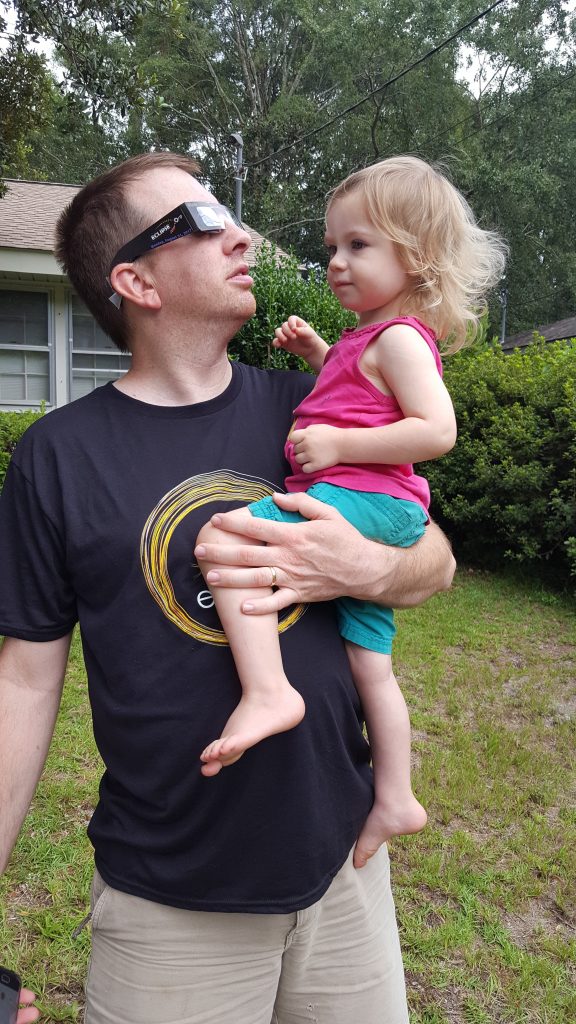 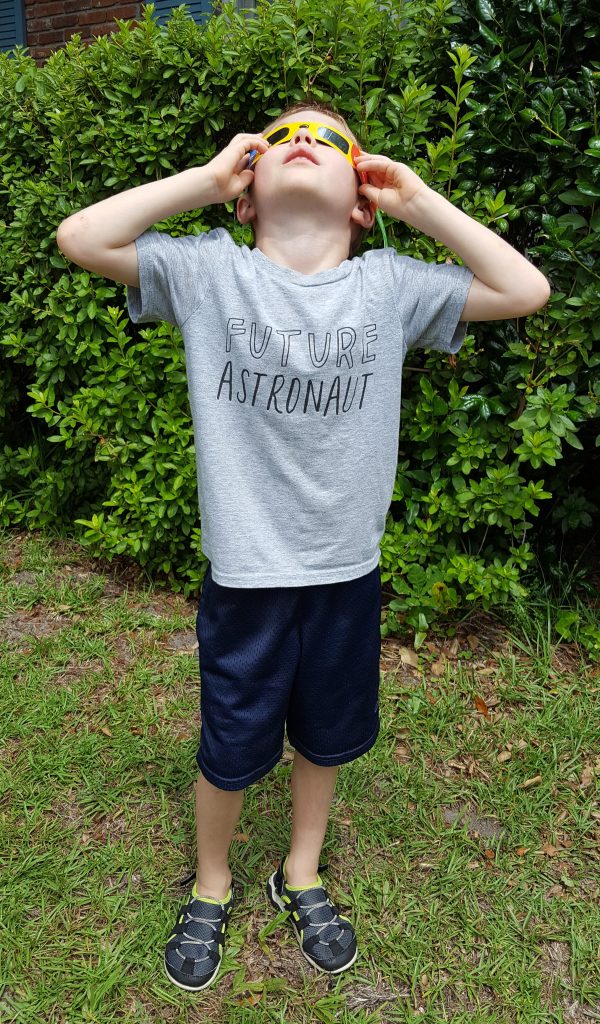 Papa, the musical one in the family, is making sure to pass along his passion to the little ones.  This time Elise got into the fray. 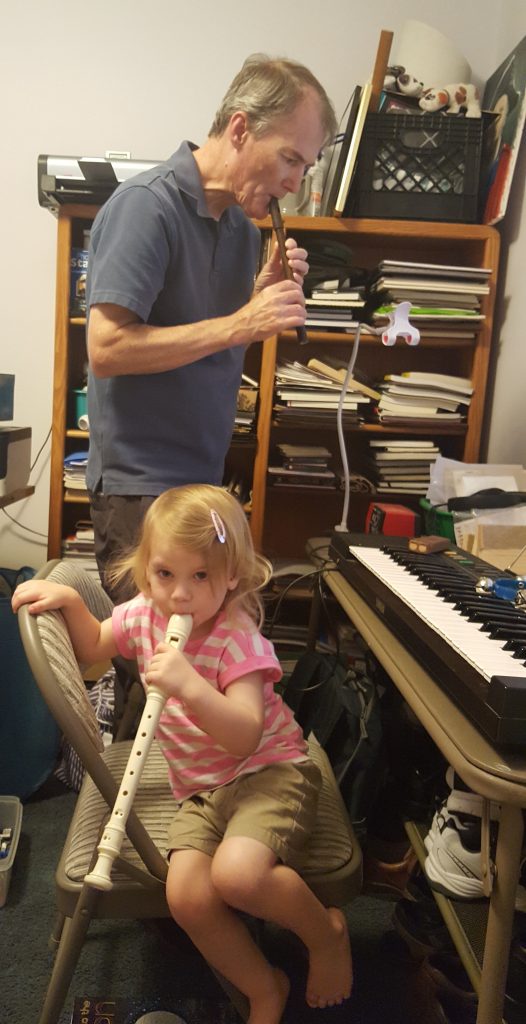 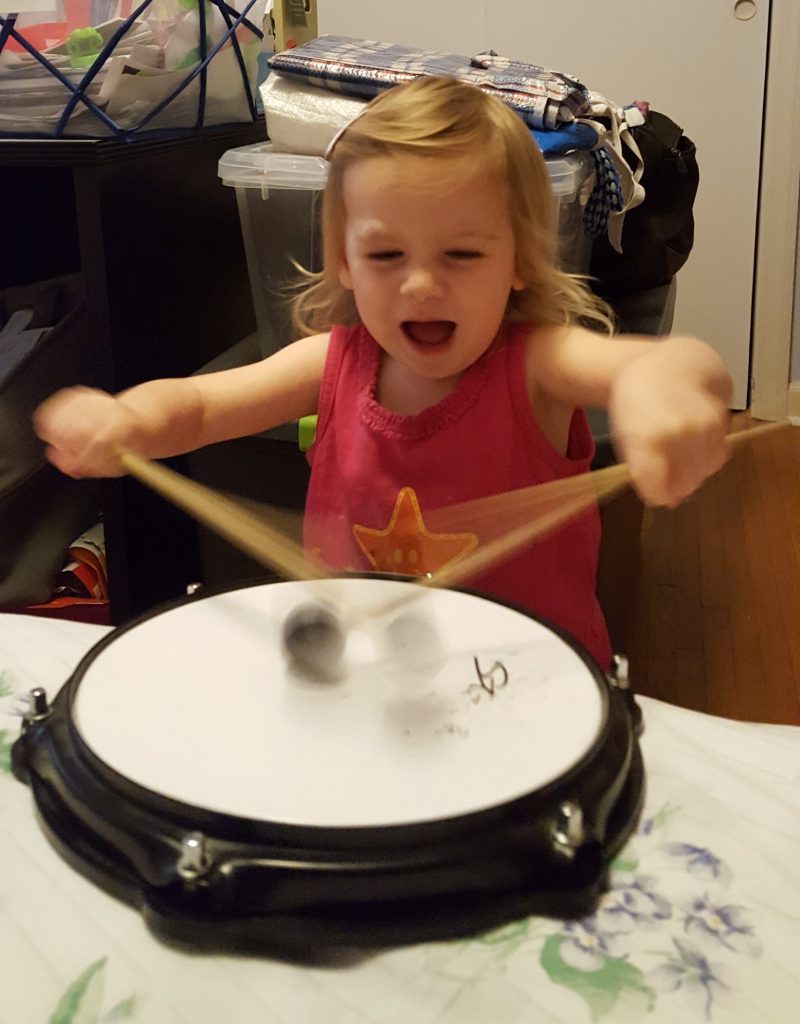 Yes, there was a Geocache involved.

Our Part One went too quickly but Part Two was guaranteed to be just as much fun!