Taekwondo at the Fair

Elite Martial Arts, where Harlan takes Tae Kwon Do, did a demonstration at the county fair on Saturday. It was an awesome show, during which Harlan broke his first board! There were three kids lined up to kick, Harlan, another yellow belt, and Harlan’s friend Rudy who is a green belt. Harlan and Rudy opted to use snap kicks and the other yellow belt opted for an ax kick. The board tried to best Harlan, with him falling backwards onto his butt after one attempt, but he hopped right back up and nailed it, breaking it in half (the first of the three kids to do so). The look on his face was precious. It was a mixture of surprise and total happiness. He was just so proud of himself. And we were super proud of him too!! Here’s the video, not very close and not from a great angle, but you get the idea. Harlan is in the middle.

Elise thought it was a pretty good show too, and also enjoyed the magician who performed afterward. However, she decided she would rather take in the magic show from the top of the bleachers with two of the girls from the dojang. Too independent to sit with mommy!

After the demonstration, Harlan and Rudy enjoyed riding some of the rides together.

We met some friends at the Greenstreet Gardens fall festival this weekend. It was, as usual a wonderful time. As an added bonus this year Elise didn’t keep putting corn kernels in her mouth while in the corn “sandbox.” Other than the corn maze (because it was just too hot to wander lost among rows of corn) I think we sampled everything the festival had to offer. Here is photographic proof of some of the fun…

Down by the Bay

Since the weather has cooled off ever so slightly, the kids have really enjoyed getting to explore the neighborhood beach recently. 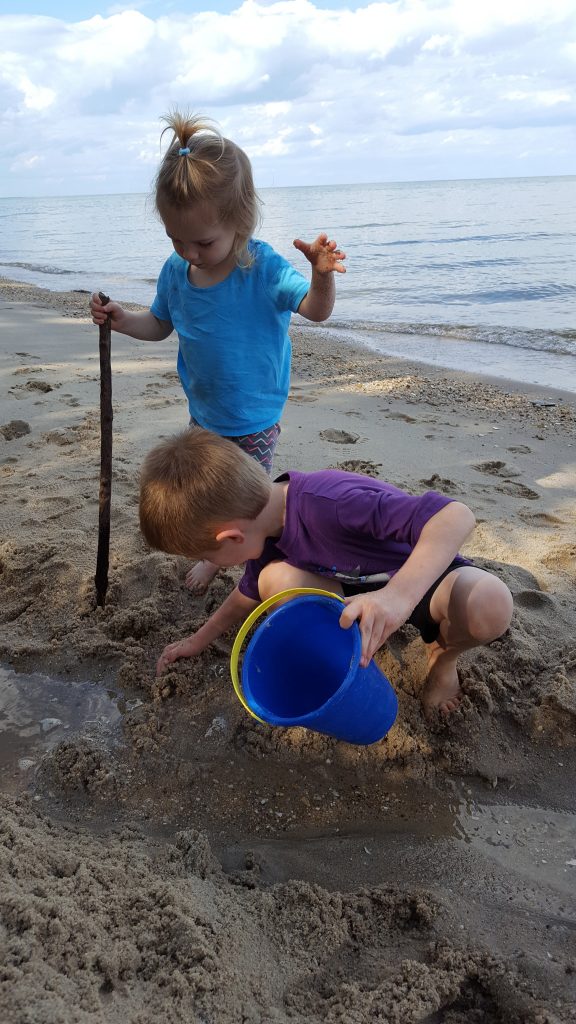 2 Comments
A good day for a walk on the beach. 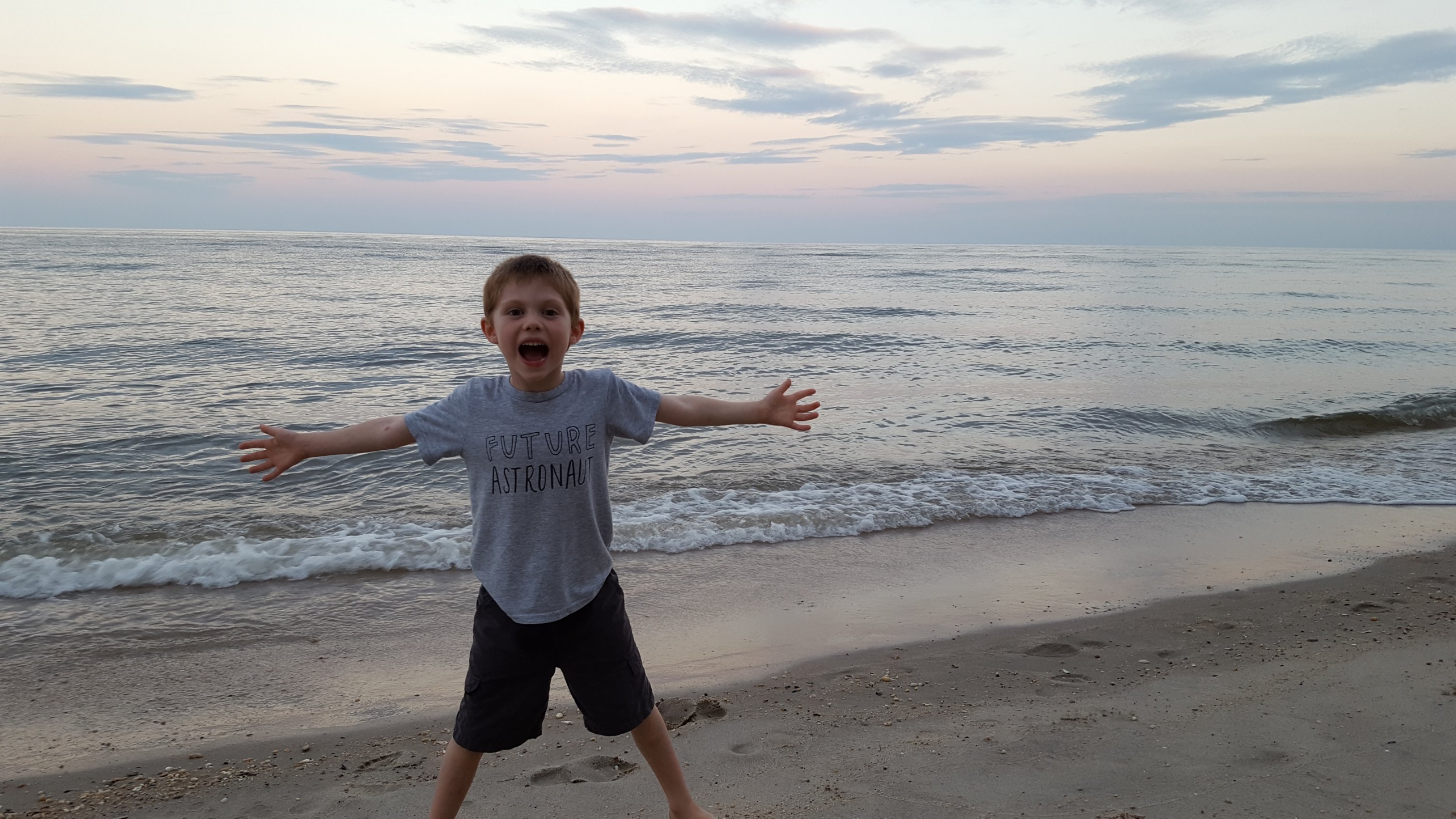 A good day for a walk on the beach.

It’s official, we have a kindergartner on our hands!  Harlan caught the first bus out of the neighborhood this morning destined for Plum Point Elementary School.  With any luck he’s sitting in his classroom right now.

Harlan was a little nervous last night but very excited this morning.  There was no problem getting up, getting dressed, eating breakfast, and getting out the door.

I interviewed Harlan and Amanda this morning and while I haven’t had a chance to edit it, yet, I’ll go ahead and share the raw file with everyone now.

Waiting for the bus

The first day is bound to have some scheduling bumps.  We hurried down to the bus stop (conveniently located at the end of our driveway) at 7:30 expecting the bus to be there around 7:37 or so as it had last year according to one of our neighbors.  It finally arrived around 7:49.  The bus driver reported she has a few additional stops this year that she didn’t have last year, and that she hoped the schedule would smooth out by the end of the week.

The little girl at the end of the driveway was also waiting for the bus (she’s in first grade), so she and Harlan spent the time gathering rocks and skipping them across the roadway.  Every sound of a vehicle brought the game to a stand still with anticipation.  And then, at last, the bus!

With no hesitation at all, Harlan climbed on board, took the first seat behind the driver, and off he went to his first day at school!

I would be remiss if I didn’t mention last night’s cram session.  Just before bed, Harlan decided he needed to review some material and make sure he was up to speed before Kindergarten.  He grabbed a piece of paper and pencil and practiced writing his name, numbers, and home phone number.  He then very seriously asked Amanda what else he needed to know before going to Kindergarten in the morning.  Somehow I think he’s going to be okay.